1952 ORIGINAL FIRST EDITION IN FINE CLEAN TIGHT 184 PAGE HARDCOVER -THIS IS ONE OF THE BEST COPIES FROM THE ORIGINAL YEAR AROUND! View more info 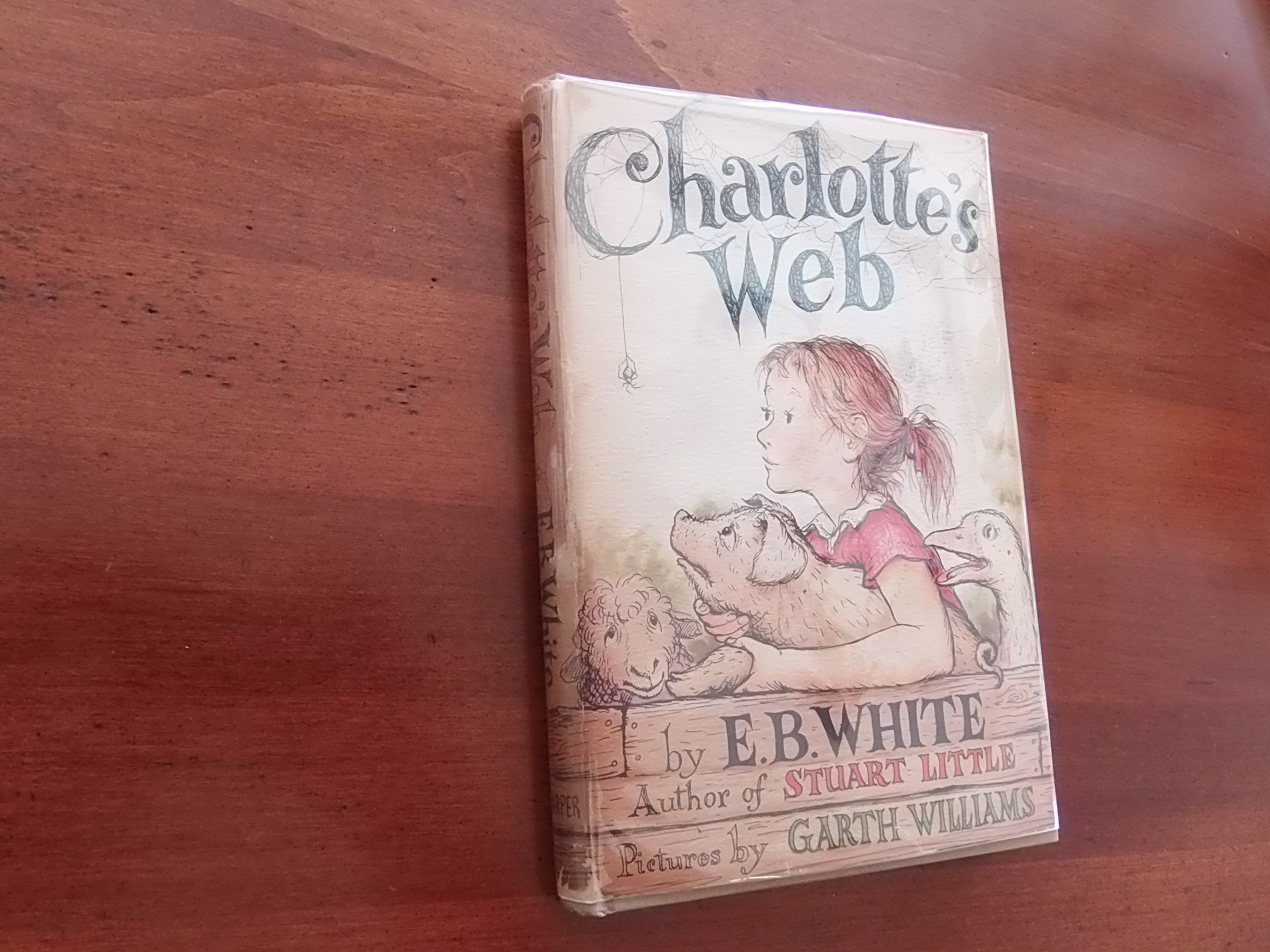 Charlotte's Web is a children's novel by American author E. B. White and illustrated by Garth Williams; it was published in October 15, 1952, by Harper & Brothers. The novel tells the story of a pig named Wilbur and his friendship with a barn spider named Charlotte. When Wilbur is in danger of being slaughtered by the farmer, Charlotte writes messages praising Wilbur (such as "Some Pig") in her web in order to persuade the farmer to let him live. Written in White's dry, low-key manner, Charlotte's Web is considered a classic of children's literature, enjoyable to adults as well as children. T... View more info

TRUE FIRST PRINTING>1952 ORIGINAL YEAR STATED FIRST EDITION FIRST ISSUE(I-B code) IN GOOD CLEAN TIGHT HARDCOVER-WITH very GOOD edge worn JACKET. "One of the most universally acclaimed books in contemporary children's literature.The author brings in wisdom and pathos in developing his theme of friendship within the cycle of life." THAT MAKES THIS BOOK A FANTASTIC TREASURE AND VALUE FOR YEARS TO COME! View more info